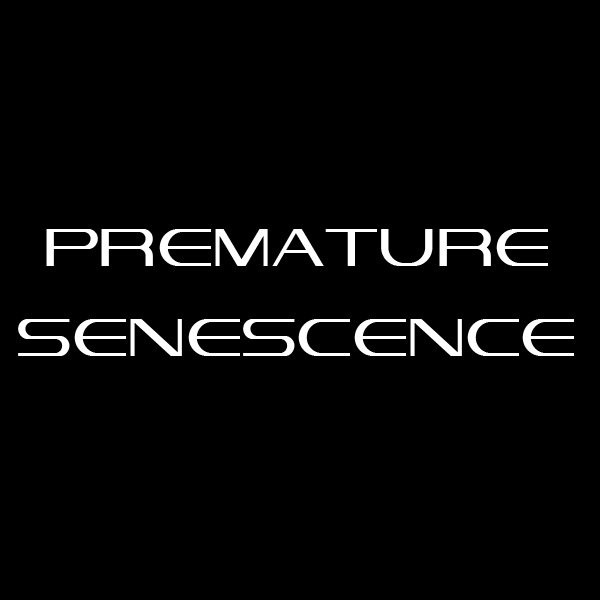 ”Senescence is more than merely a cell division clock that regulates the proliferative lifespan of normal cells. “Premature” senescence is an active cytostaticprogram that is triggered in response to proliferative or genotoxic stress, such as the expression of strong oncogenes, tumor suppressor loss, exposure to DNA damage, and reactivation of tumor suppressor pathways. Unlike replicative senescence, premature senescence can be induced irrespective of the replicative “age” of cells, is independent of telomere attrition, and cannot be overridden by restoration of telomerase activity.24

The first example of oncogene-induced senescencewas described in 1997, where forced expression of an oncogenic allele of Ras induced a senescence response in primary human and rodent cells that was accompanied by the induction of p53 and p16INK4A.25 Inactivation of p53 or p16INK4A was sufficient to enable the proliferation of Ras-expressing rodent cells, and co-expression of adenoviral protein E1A and Ras was sufficient to enable senescence bypass in human cells. Of note, this study implied that oncogene-induced senescence acted as an important barrier to uncontrolled proliferation during multistep tumorigenesis and also provided a biological mechanism for the observed cooperation between Ras and immortalizing oncogenes (such as viral oncoproteins) alluded to earlier.

The Ras proteins are master regulators of pathways that cooperate to drive cell proliferation, growth, and survival. Dissection of Ras signaling through the use of engineered Ras mutants and activated forms of downstream signaling components identified the Raf/MEK/MAPK cascade as the major arm of Ras signaling that triggered senescence.26,27Hence, activation of the very same pathways that promote cellular transformation can also drive senescence when tumor suppressor genes are intact, thus implying that senescence can serve as an antiproliferative response to aberrant mitogenic cues.

Oncogene-induced senescence is not the only form of premature senescence that has been described. In fact, many forms of cellular damage, including exposure to ionizing radiation, cytotoxic drugs, and oxidative stress, can induce a cytostatic program that is phenotypically indistinguishable from senescence. Gene expression profiling studies support the notion that these senescence programs are related and demonstrate a strong similarity to the canonical replicative senescence program triggered by telomere erosion. Cellular senescencethus appears to represent a common response to cellular stress.

Interestingly, virtually all of the known stimuli that induce senescence—including telomere malfunction and hyperproliferation—can activate a DNA damage response (DDR), suggesting that some aspects of DDR signaling are crucial triggers of senescence. Accordingly, abrogation of DNA damage signaling through mutation/deletion of key regulators such as ATM, NBS1, CHK2, and ATR suppresses senescence, largely due to a failure to activate the p53 pathway.7,28 Furthermore, DDR signaling can trigger generation of the SASP29 and the global chromatin changes that are observed in senescent cells.30

Generally, it appears that a substantial damage “threshold” must be reached before replicative or premature senescence responses can be triggered. For example, cells with minor DNA damage may arrest only transiently, providing an opportunity for the repair of genetic lesions. However, when DNA damage is extensive, cells may opt to undergo cell death or enter senescence. This notion of dose dependence holds true for oncogene-induced senescence, which is partly governed by the induction of negative feedback mechanisms that control mitogenic signaling.31 High levels of Ras causing hyperreplication, extreme mitogenic stress, negative feedback signaling, and a strong DDR are required for Ras-induced senescence, whereas mutation of Ras without overexpression instead promotes proliferation and cellular transformation.32,33”

Why is it bad?

“Cellular senescence is the state of permanent inhibition of cell proliferation. Senescent cells are characterized by several features including increased activity of senescence-associated β-galactosidase (SA-β-GAL) and senescenceassociated secretory phenotype (SASP). In vitro, 2 types of senescence have been described. One is telomere-dependent replicative senescence and the second is stress-induced premature senescence (SIPS). Despite some tissue-specific characteristics many kinds of cells, including stem/progenitor cells, can undergo senescence both in vitro and in vivo. Senescent cells were detected in murine, primate and human tissues using different markers. There is mounting evidence that senescent cells contribute to ageing and age-related disease by generating a low grade inflammation state (senescenceassociated secretory phenotype-SASP). Even though cellular senescence is a barrier for cancer it can, paradoxically, stimulate development of cancer via proinflammatory cytokines. There is evidence that senescent vascular cells, both endothelial and smooth muscle cells, participate in atherosclerosis and senescent preadipocytes and adipocytes have been shown to lead to insulin resistance. Thus, modulation of cellular senescence is considered as a potential pro-longevity strategy. This can be achieved by: elimination of selected senescent cells, epigenetic reprogramming of senescent cells, preventing cellular senescence or influencing the secretory phenotype. Some pharmacological interventions have already shown promising results“