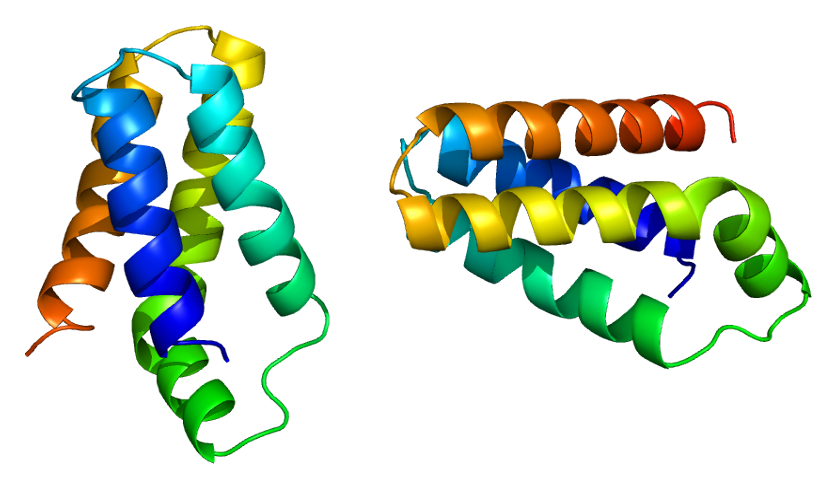 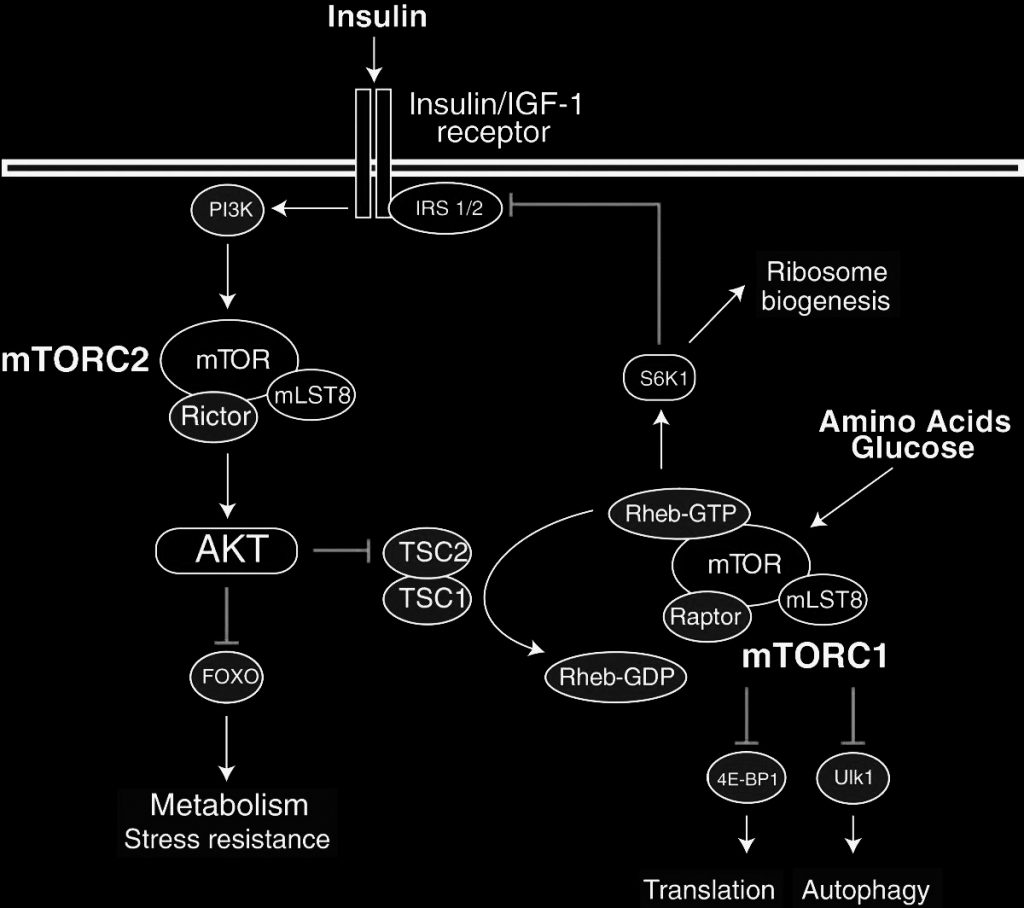 “The mammalian target of rapamycin(mTOR), also known as the mechanistic target of rapamycin and FK506-binding protein 12-rapamycin-associated protein 1 (FRAP1), is a kinase that in humans is encoded by the MTOR gene.[5][6][7] mTOR is a member of the phosphatidylinositol 3-kinase-related kinase family of protein kinases.[8]

mTOR links with other proteins and serves as a core component of two distinct protein complexes, mTOR complex 1 and mTOR complex 2, which regulate different cellular processes.[9] In particular, as a core component of both complexes, mTOR functions as a serine/threonine protein kinase that regulates cell growth, cell proliferation, cell motility, cell survival, protein synthesis, autophagy, and transcription.[9][10] As a core component of mTORC2, mTOR also functions as a tyrosine protein kinase that promotes the activation of insulin receptors and insulin-like growth factor 1 receptors.[11]mTORC2 has also been implicated in the control and maintenance of the actin cytoskeleton.[9][12]

mTOR integrates the input from upstream pathways, including insulin, growth factors (such as IGF-1 and IGF-2), and amino acids.[10] mTOR also senses cellular nutrient, oxygen, and energy levels.[27] The mTOR pathway is a central regulator of mammalian metabolism and physiology, with important roles in the function of tissues including liver, muscle, white and brown adipose tissue,[28] and the brain, and is dysregulated in human diseases, such as diabetes, obesity, depression, and certain cancers.[29][30]

It is hypothesized that some dietary regimes, like caloric restriction and methionine restriction, cause lifespan extension by decreasing mTOR activity.[61][62] Some studies have suggested that mTOR signaling may increase during aging, at least in specific tissues like adipose tissue, and rapamycin may act in part by blocking this increase.[70] An alternative theory is mTOR signaling is an example of antagonistic pleiotropy, and while high mTOR signaling is good during early life, it is maintained at an inappropriately high level in old age. Calorie restriction and methionine restriction may act in part by limiting levels of essential amino acids including leucine and methionine, which are potent activators of mTOR.[71] The administration of leucine into the rat brain has been shown to decrease food intake and body weight via activation of the mTOR pathway in the hypothalamus.[72]

According to the free radical theory of aging,[73] reactive oxygen species cause damage of mitochondrial proteins and decrease ATP production. Subsequently, via ATP sensitive AMPK, the mTOR pathway is inhibited and ATP consuming protein synthesis is downregulated, since mTORC1 initiates a phosphorylation cascade activating the ribosome.[16] Hence, the proportion of damaged proteins is enhanced. Moreover, disruption of mTORC1 directly inhibits mitochondrial respiration.[74]These positive feedbacks on the aging process are counteracted by protective mechanisms: Decreased mTOR activity (among other factors) upregulates glycolysis[74] and removal of dysfunctional cellular components via autophagy.[73]“ — Wikipedia

KEEP MTOR TURNED OFF as often as possible.

Interstellar Blends, matcha green tea, and black coffee are ok and all inhibit mTOR; utilize these during your fasting window to remain energized, mentally clear, emotionally elevated and feeling all around amazing while staying young by keeping mTOR turned OFF.