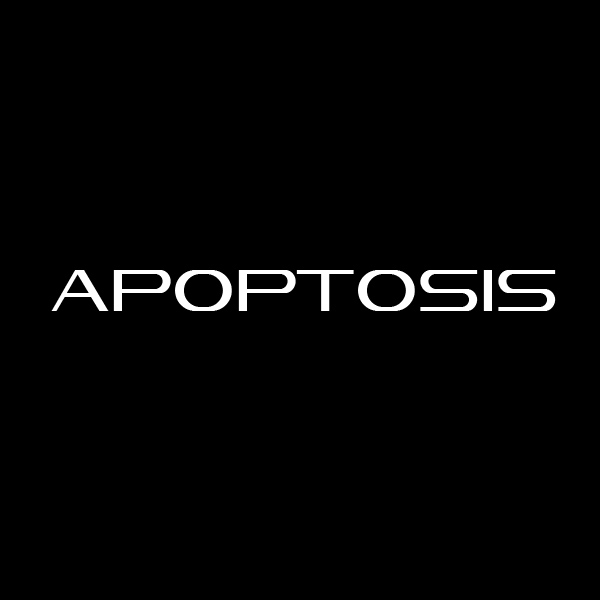 Apoptosis (from Ancient Greek ἀπόπτωσις “falling off”) is a form of programmed cell death that occurs in multicellular organisms.[2] Biochemical events lead to characteristic cell changes (morphology) and death. These changes include blebbing, cell shrinkage, nuclear fragmentation, chromatin condensation, chromosomal DNA fragmentation, and global[vague] mRNA decay. The average adult human loses between 50 and 70 billion cells each day due to apoptosis.[3][a] For an average human child between the ages of 8 to 14 years old approximately 20 to 30 billion cells die per day.[5]

In contrast to necrosis, which is a form of traumatic cell death that results from acute cellular injury, apoptosis is a highly regulated and controlled process that confers advantages during an organism’s life cycle. For example, the separation of fingers and toes in a developing human embryo occurs because cells between the digits undergo apoptosis. Unlike necrosis, apoptosis produces cell fragments called apoptotic bodies that phagocytic cells are able to engulf and remove before the contents of the cell can spill out onto surrounding cells and cause damage to them.[6]

Because apoptosis cannot stop once it has begun, it is a highly regulated process. Apoptosis can be initiated through one of two pathways. In the intrinsic pathway the cell kills itself because it senses cell stress, while in the extrinsic pathway the cell kills itself because of signals from other cells. Weak external signals may also activate the intrinsic pathway of apoptosis.[7] Both pathways induce cell death by activating caspases, which are proteases, or enzymes that degrade proteins. The two pathways both activate initiator caspases, which then activate executioner caspases, which then kill the cell by degrading proteins indiscriminately.

Research on apoptosis has increased substantially since the early 1990s. In addition to its importance as a biological phenomenon, defective apoptotic processes have been implicated in a wide variety of diseases. Excessive apoptosis causes atrophy, whereas an insufficient amount results in uncontrolled cell proliferation, such as cancer. Some factors like Fas receptors and caspases promote apoptosis, while some members of the Bcl-2 family of proteins inhibit apoptosis. – wiki