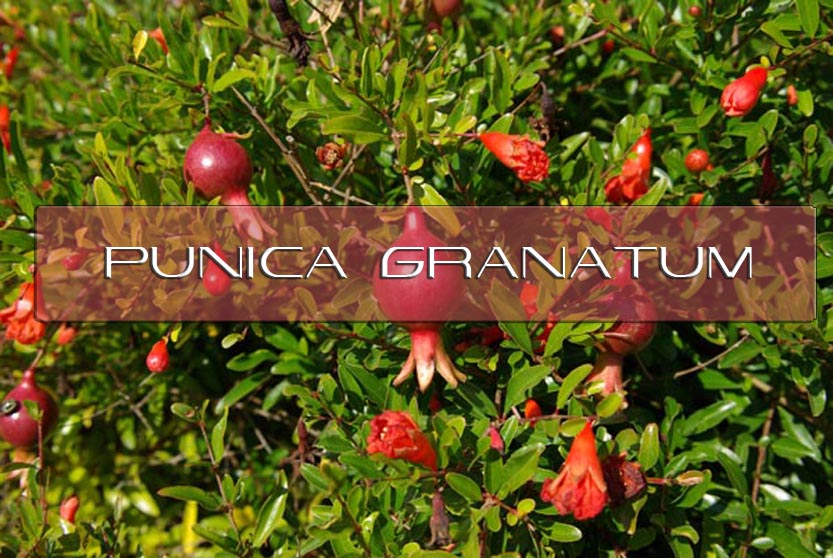 Punica Granatum or Pomegranate is a type of shrub which produces a red fruit that looks similarly to that of a red apple. 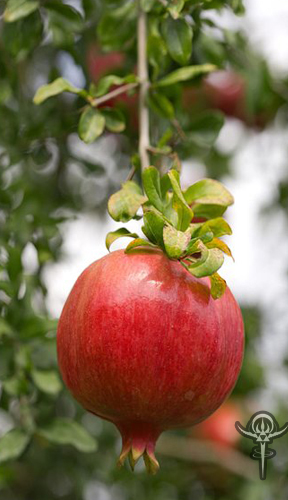 Pomegranates are an amazing fruit that has been known of for thousands of years and is one of the reasons some religions refer to this fruit as the "Fruit of the Gods", and a symbol for abundance, fertility and rebirth.

This fruit is rich in Vitamin C, B5, polyphenol, potassium which are important nutrients to assist in keeping a healthy body. 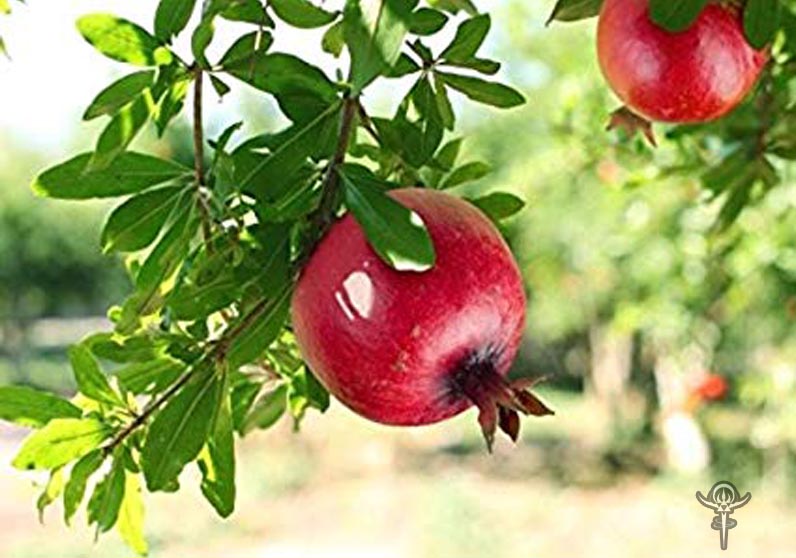 The use of juice, peel and oil have also been shown to possess anticancer activities, including interference with tumor cell proliferation, cell cycle, invasion and angiogenesis.

The phytochemistry and pharmacological actions of all Punica granatum components suggest a wide range of clinical applications for the treatment and prevention of cancer, as well as other diseases where chronic inflammation is believed to play an essential etiologic role.

Antibacterial - Successive petroleum ether, chloroform, methanol and water extracts of Punica granatum were tested (in vitro) for their antibacterial activity. The methanolic extract was found to be most effective against all tested microorganisms.

The findings suggest that clinical trials to further assess chemopreventive and adjuvant therapeutic applications of pomegranate in human breast cancer may be warranted.

In the next study we decided to expand the MMOC investigations to also include an evaluation of the potential chemopreventive efficacy of a purified chromatographic peak of W (Peak B), and also of whole pomegranate seed oil.

The results highlight enhanced breast cancer preventive potential both for the purified compound peak B and for pomegranate seed oil, both greater than that previously reported for pomegranate fermented juice polyphenols.

In another experiment, two groups each consisting of three CD1 mice were used to assess the effect of pomegranate seed oil on TPA-stimulated ornithine decarboxylase (ODC) activity, an important event in skin cancer promotion.

The results highlight the potential of pomegranate seed oil as a safe and effective chemopreventive agent against skin cancer.

Our results suggest a beneficial effect from the daily intake of POMx and pomegranate juice (PJ) as dietary supplements to augment the human immune system's antioxidant, antimalarial and antimicrobial capacities.

In this study, we evaluated the antioxidant potency of a methanolic pomegranate fruit peel extract (PPE) and the relation with its antiproliferative and apoptotic effects on MCF-7 human breast cancer cells.

Because PPE reduced cell proliferation and induced apoptosis on MCF-7 cancer cells, we believe that PPE has important antioxidant and apoptotic effects.

Anti-Diabetic - Punica granatum flower (PGF) has been used as an anti-diabetic medicine in Unani medicinal literature.

In the current study, we demonstrated that 6-week oral administration of methanol extract from PGF (500 mg/kg, daily) inhibited glucose loading-induced increase of plasma glucose levels in Zucker diabetic fatty rats (ZDF), a genetic animal model for type 2 diabetes, whereas it did not inhibit the increase in Zucker lean rats (ZL).

Our findings indicate that PPAR-γ is a molecular target for PGF extract and its prominent component gallic acid, and provide a better understanding of the potential mechanism of the anti-diabetic action of PGF.

The results highlight an important, previously unknown, mechanism of the cancer preventive and suppressive potential of pomegranate fermented juice and pericarp extracts.

Pomegranate’s anticancer effects in the colon involve various cell signaling pathways. These include: The role of pomegranate (Punica granatum L) in colon cancer modulation of cyclins, inducti on of caspases, inhibition of COX-2 expression, induction of glutathione S transferase (GST) and induction of PPARγ .

Anti-Diarrhoeal - Methanol extract of Punica granatum seed was evaluated for antidiarrhoeal activity against different experimental models of diarrhoea in rats.

The results obtained established the efficacy of P. granatum seed extract as an antidiarrhoeal agent. 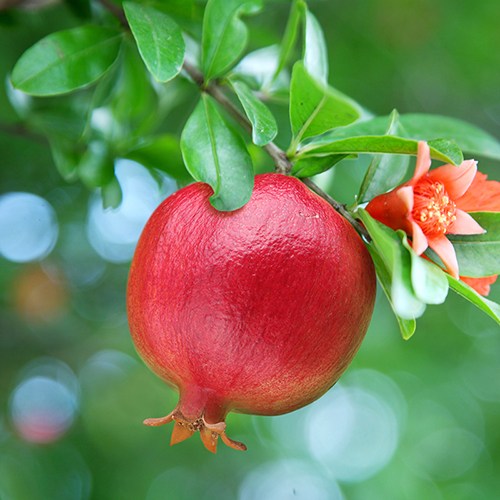