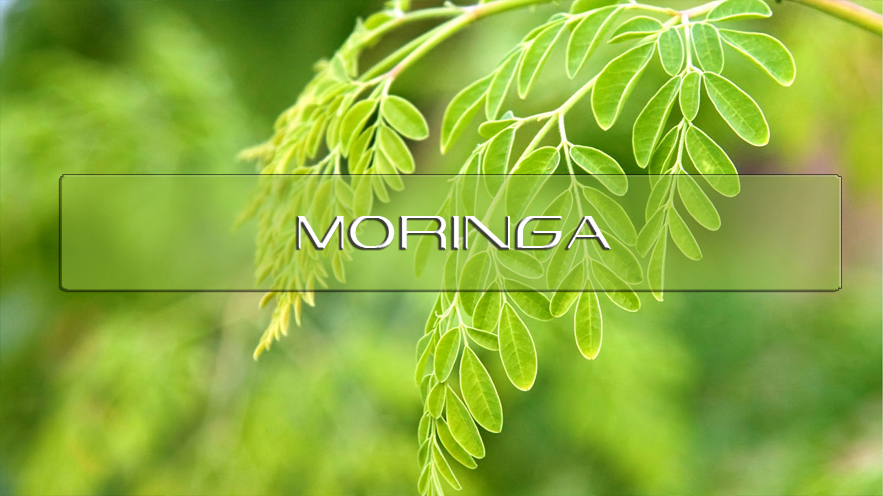 Moringa is also known as the Drum Stick tree, The Miracle Tree, or the Horseradish Tree and has long been utilized as an antifungal, antiviral, antidepressant and anti-inflammatory properties. 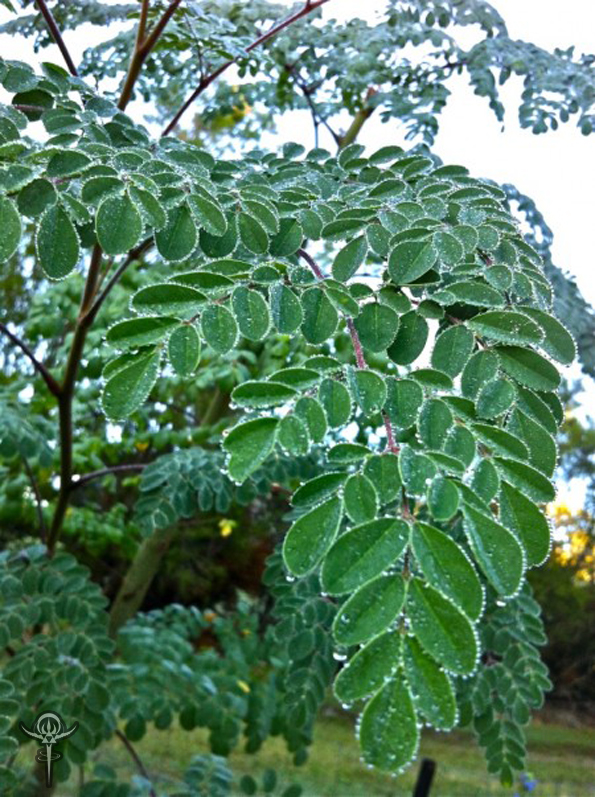 This tree is native to Asia, Africa, South Africa and India. Most of the parts of this tree including the leaves, seeds and flowers can be consumed for their medicinal properties. The Moringa pods and leaves are available at many local farmers markets currently. 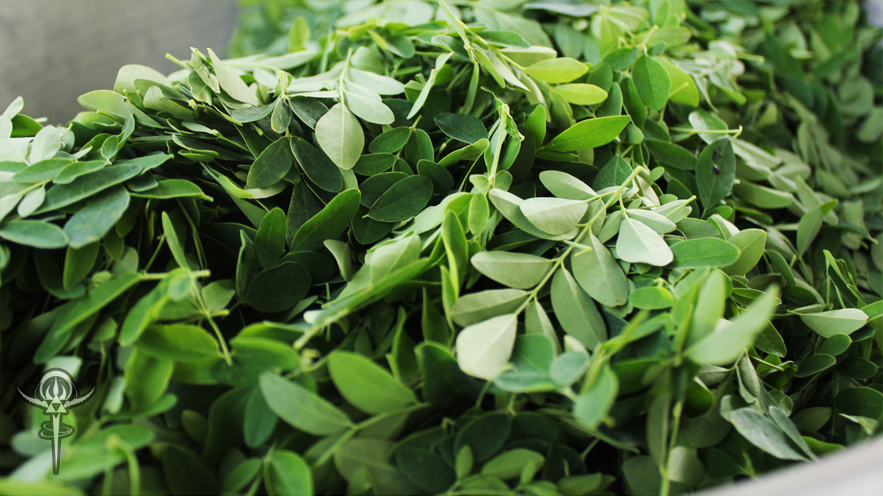 Antioxidant and Anti-Inflammatory - Moringa oleifera contains essential amino acids, carotenoids in leaves, and components with nutraceutical properties, supporting the idea of using this plant as a nutritional supplement or constituent in food preparation. Some nutritional evaluation has been carried out in leaves and stem. An important factor that accounts for the medicinal uses of Moringa oleifera is its very wide range of vital antioxidants, antibiotics and nutrients including vitamins and minerals. Almost all parts from Moringa can be used as a source for nutrition with other useful values. This mini-review elaborate on details its health benefits.

The leaves in the moringa contain high traces of compounds that serve as anti-aging and lower the effects of oxidative stress and inflammation.

Improvement of Digestive System - Extracts with three doses mentioned before were effective to reduce weight of distal colon (8 cm) as a marker for inflammation and tissue edema. Three doses of MSHE and two greater doses of MCF (100 and 200 mg/kg) were effective to reduce ulcer severity, area, and index as well as mucosal inflammation severity and extent, crypt damage, invasion involvement, total colitis index, and MPO activity compared with controls. MCF (50 mg/kg) was not significantly effective in reducing evaluated parameters of colitis compared with controls.

It is concluded that MSHE and MCF were both effective to treat experimental colitis and this might be attributed to their similar major components, biophenols and flavonoids. Since the efficacy was evident even in low doses of MSHE, presence of active constituents with high potency in seeds is persuasive.

Diabetes - The blood glucose levels and the corresponding insulin levels in response to three commonly-used vegetables in southern India in a isocarbohydrate meal were compared to the levels achieved in response to 75g of glucose in non-insulin dependent diabetes mellitus patients. The incremental areas of the standard meal without the vegetable and the test meal with any one of the vegetables were significantly reduced (P ≤ 0.05 for groups 1 and 2, P ≤ 0.01 for group 3) compared to 75g of glucose.

Skin Nourishment - It is assumed that the improvement in skin surface parameters can be attributed to the moringa phenolics which include kaempferol, quercetin, rutin, gallic, chlorogenic, ellagic and ferulic acid and antioxidants, which include vitamin A, C and B. Phenolics offer the best protection against enzymes that cause the breakdown of collagen and elastin in skin, ultimately skin rejuvenation. The results achieved in this investigation suggest that topical formulation of moringa extract is capable of revitalizing the skin and reducing signs of skin aging. Future studies are required to unravel the anti-aging activity and mechanism of plant constituents in the form of topical formulation.

Its antibacterial activity against different pathogens has been described in different in vitro settings. Four grams of Moringa oleifera powder in dried and wet application had the same effect as non-medicated soap when used for hand washing. Efficacious and available hand washing products could be useful in developing countries in controlling pathogenic organisms that are transmitted through contaminated hands.

Balances Hormones - Menopause is a gradual three-stage process that concludes with the end of periods and reproductive life. The antioxidant enzyme system get affected in postmenopause due to deficiency of estrogen, which has got antioxidant properties. The objective of the present study was therefore, to analyze the effect of supplementation of drumstick and amaranth leaves powder on blood levels of antioxidant and marker of oxidative stress. Ninety postmenopausal women aged 45–60 years were selected and divided into three groups viz. Group I, II and III having thirty subjects in each group. The subjects of group II and III were supplemented daily with 7 g drumstick leaves powder (DLP) and 9 g amaranth leaves powder (ALP), respectively for a period of 3 months in their diet.

The data revealed that supplementation of DLP and ALP significantly increased serum retinol (8.8 % and 5.0 %), serum ascorbic acid (44.4 % and 5.9 %), glutathione peroxidase (18.0 % and 11.9 %), superoxide dismutase (10.4 % and 10.8) whereas decrease in marker of oxidative stress i.e. malondialdehyde (16.3 % and 9.6 %) in postmenopausal women of group II and group III, respectively. A significant (p ≤ 0.01) decrease was also observed in fasting blood glucose level (13.5 % and 10.4 %) and increase in haemoglobin (17.5 % and 5.3 %) in group II and group III, respectively. The results indicated that these plants possess antioxidant property and have therapeutic potential for the prevention of complications during postmenopause. 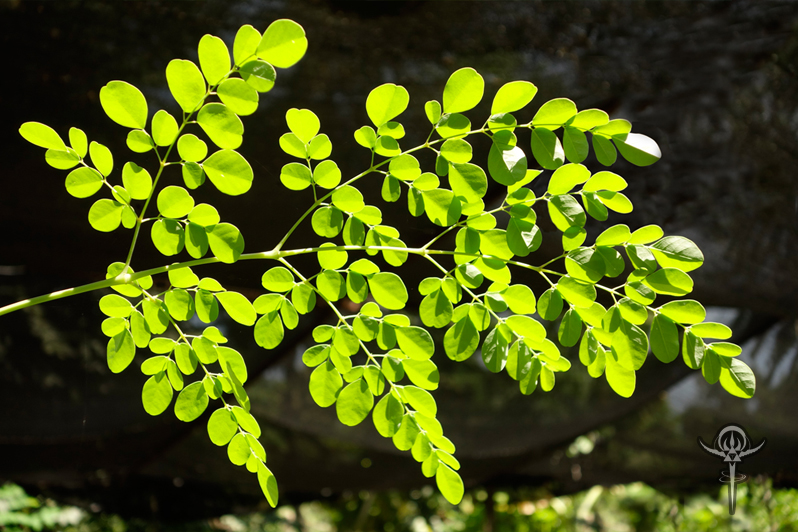