Reineckia Carnea or False Mondo Grass is a type of evergreen perennial plant which covers open woodland areas and in the same family as aspidistra and lirope, which is tolerant of dry shade and graces the garden with racemes of pink flowers. 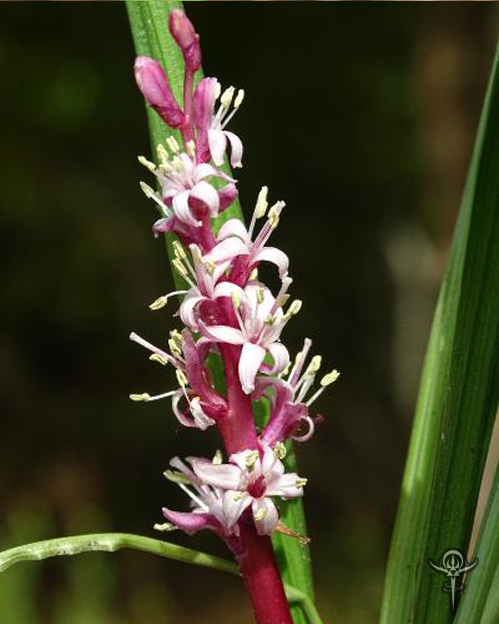 However it is able to absorb more sunlight if sufficient water is provided. It is small and fragrant and has small star shaped flowers that open and are light to dark pink.

The species is hermaphrodite (has both male and female organs). It is often refereed to the Plant of Felicity and has a sweet and cooling taste. It is said to strengthen memory and has been a tonic for our heart.

In Chinese medicine it "brightens the eye" and strengthens the memory and the heart. The Miao people of China use it to treat cough and sore throats. Several active saponins and anti-inflammatory steroids have been discovered in the roots. In Chinese culture it brings luck and fortune if it flowers in the garden. 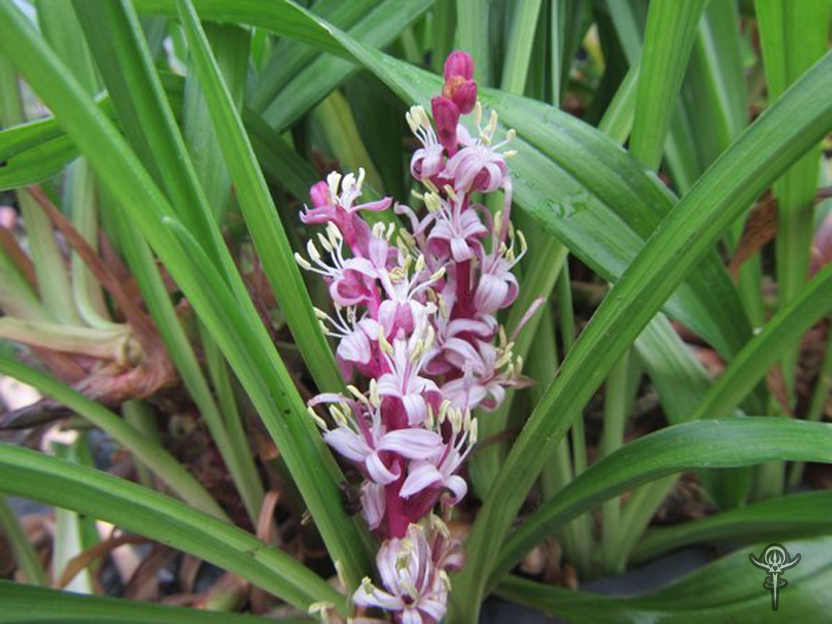 Anti-Proliferative Effects - In recent years, the studies find that inflammation is a critical component of tumor progression, and the ideal therapeutic methods should be aimed at the inflammation reaction triggers. (1β,3β,5β,25S)-spirostan−1,3-diol1-[α-L-rhamnopyranosyl-(1 → 2)-β-D-xylopyranoside] (RCE-4) was the main active composition of Reineckia carnea (Andr.)

It significantly induced apoptosis in cervical cancer Caski cells through the mitochondrial pathway in our previous studies; however, its underlying mechanism remains poorly understood.

This study aimed to further evaluate the effect of RCE-4 on human cervical cancer HeLa cells.

Apoptosis - Reineckia carnea has been used to treat several diseases in folk remedies. RCE-4 has been isolated from several plants of the family Liliaceae, but its biological activity has not yet been reported.

In the present study, we found that RCE-4 exhibited potent cytotoxicity to the tested human cancer cell lines, and the CaSki cell line was the most sensitive with an IC50 of 3.37 µM.

These findings suggest that RCE-4 induces mitochondrial-mediated apoptosis in CaSki cells and has the potential to be developed as an anticancer agent.

Anti-Tumor - In this next study we screen the anti-tumor activity of the extracts from the herb of Reineckia carnea and its fruits.

N-butanol extract from the herb of Reineckia carnea is the main anti-tumor active part.

Cough Remedy - The water extract and four fractions of the aerial part of Reineckia carnea were orally administrated to coughing mice induced by ammonium hydroxide and mice injected with phenol red, respectively, to investigate their medification effect on coughing and mucus scretion.

The medication effects in multiple doses of the active fractions were then performed and it has been proved that the 60% ethanol and 90% ethanol fraction were curatively effective on expectoration and coughing, respectively both at the high and middle dose, which supplied proofs for the further research on chemical constituents in both of two effective fractions.

The structures of three new compounds were elucidated by spectroscopic methods including 1-D NMR, 2-D NMR and MS spectrums, and their anticancer activities were evaluated by MTT method.

A new polyhydroxylated pregnane, named lβ,2β,3β,4β,5β,6β-hexolhydroxy-pregn-16-en-20-one (1), along with nine known (2-10) steroidal saponins were isolated from the whole plant of Reineckia carnea.

Structure elucidations of all compounds were established by interpretation of their NMR spectral data, HR-ESI-MS and comparing with literatures. 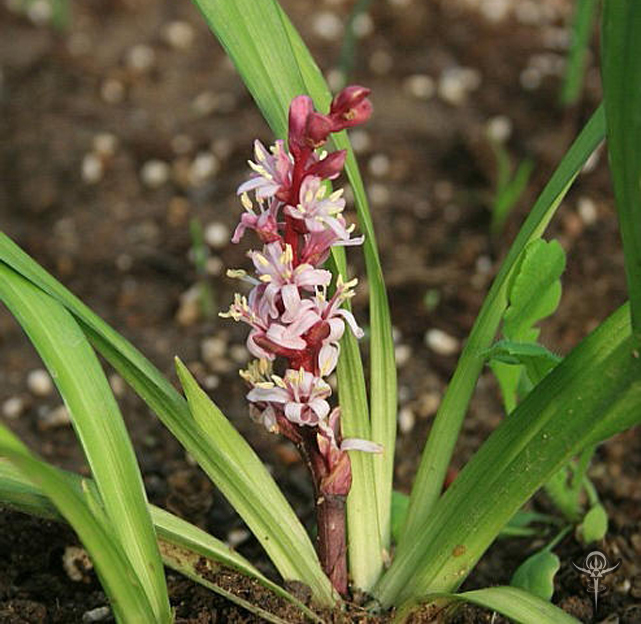