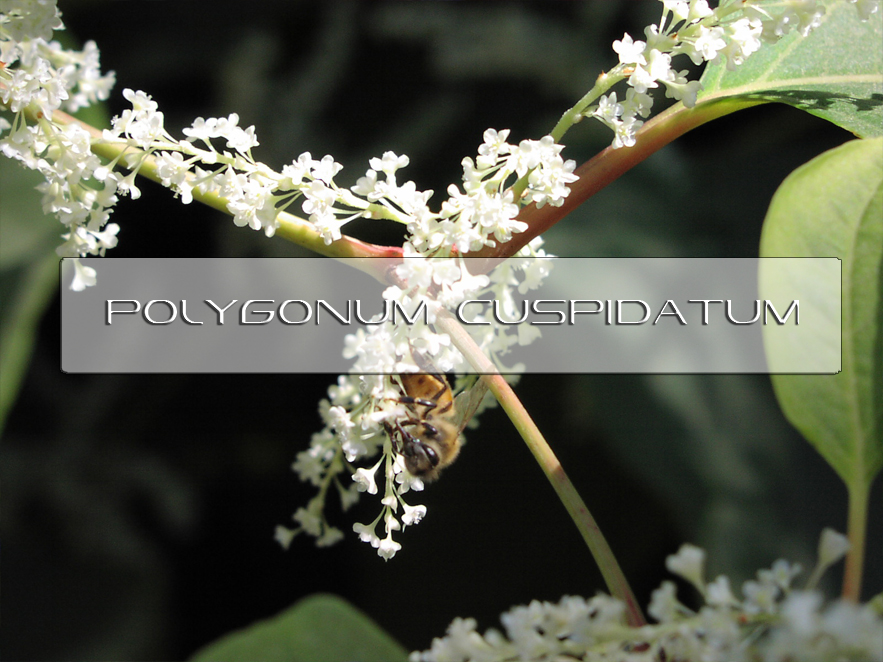 Polygonum Cuspidatum or the Japanese knotweed is a plant that is native to East Asia, primarily within Japan, China and Korea. 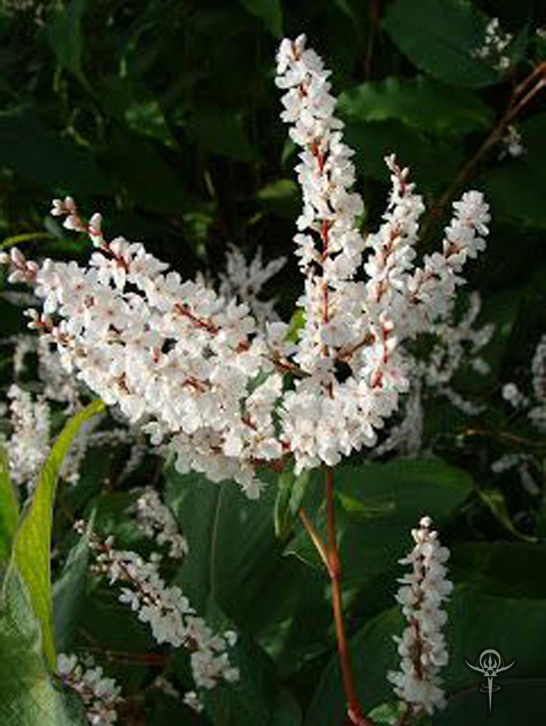 It also has another scientific name of Fallopia Japonica aside from the one mentioned in the title. It is a large perennial herbaceous plant that has been used as a ceremonial herb for a number of Asian cultures.

This plant is considered an invasive species but has been used for its medicinal benefits towards intestinal issues, circulatory health as well as a cancer preventive. 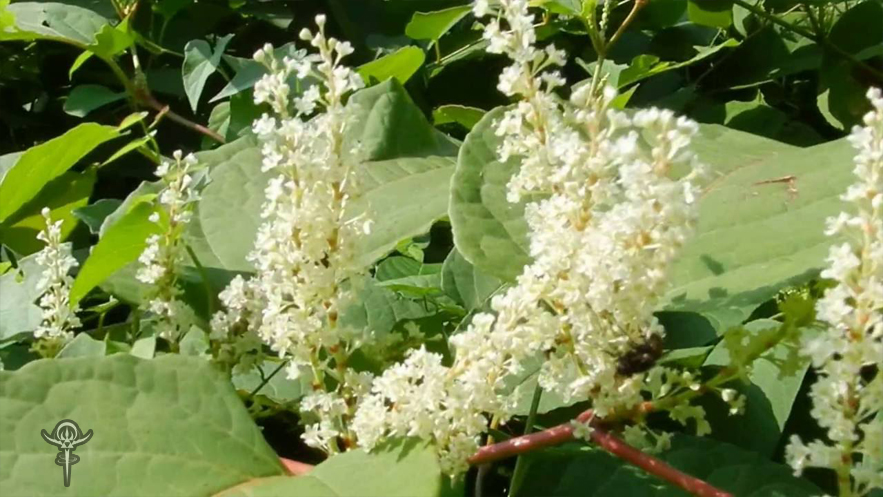 Anti-Tumor - Resveratrol is a naturally occurring phytoalexine found in medicinal plants. This chemical was made from the Japanese Knotweed.

Apoptosis - The aim of this study was to evaluate the growth inhibitory and apoptosis‐inducing effects and mechanisms of Polygonum cuspidatum root in oral cancer cells.

The methanol extract of P. cuspidatum (MEPC) inhibited the proliferation of oral cancer cells by inducing caspase‐dependent apoptosis. Protein and mRNA expression levels and the transactivation of Specificity protein 1 (Sp1) were markedly decreased in KB cells treated with MEPC.

The results from this study strongly suggest that MEPC, its fraction, and Emodin may be potential bioactive materials to cause apoptosis mechanism via the down‐regulation of Sp1 in oral cancer cells.

Anti-Inflammatory - Resveratrol have been shown to exert an antiinflammatory and antiaging effects in vitro and in animal models.

The objective of the study was to investigate the effect of a Polygonum cuspidatum extract (PCE) containing resveratrol on oxidative and inflammatory stress in normal subjects.

Two groups (10 each) of normal-weight healthy subjects were randomized to placebo or PCE containing 40 mg resveratrol daily for 6 wk.

The PCE-containing resveratrol has a comprehensive suppressive effect on oxidative and inflammatory stress.

This next study tested the ability of a characterized extract of Polygonum cuspidatum (PCE) to inhibit mouse ear inflammation in response to topical application of 12-O- tetradecanoylphorbol-13-acetate (TPA).

PCE treatment at all doses significantly reduced ear edema compared to the TPA control. The PCE response was dose-dependent and 2.5 mg PCE significantly inhibited all markers of inflammation to a greater extent than indomethacin (0.5 mg). MPO activity was inhibited at PCE doses ≥ 1.25 mg/ear. Trans- resveratrol inhibited inflammation at comparable doses.

Hepaprotective - In the present study, the hypolipidemic effects of polydatin, a compound from Polygonum cuspidatum Sieb. et Zucc, on hyperlipidemic rabbits were evaluated. Thirty-two male rabbits were fed a high fat/cholesterol diet for 6 weeks and another eight male rabbits fed a basic diet served as normal control.

All these results suggest that polydatin from Polygonum cuspidatum has favorable potency to develop a hypolipemic and/or hepatoprotective agent in clinic.

Polygonum cuspidatum (PC) has been used for the treatment of arthritis and urinary diseases in traditional medicine.

In the present study, analgesic and anti-inflammatory effects of ethyl acetate extract of PC (EAPC) were investigated in vivo for the first time.

Furthermore, EAPC effectively inhibited positive responses of c-reactive protein and rheumatoid factor compared to untreated control. Our findings suggest that EAPC can be a potent candidate for rheumatoid arthritis treatment.

This finding of ours surely provides important pre-clinical evidence supporting future use of resveratrol in prevention and treatment of CRC.

In this next study, they went to investigate the different compounds that may be useful for the medicinal uses.

One composition was isolated from the roots of Polygonum cuspidatum by cytotoxicity based fractionation and identified by HPLC-MS, UV scanning and IR.

This composition was identified as trans-and cis-resveratrol. It could specifically inhibit proliferation of many cancer cells but not human normal liver cell. We investigated the cytotoxicity of resveratrol to adriamycin-resistant MCF-7 cell in virtro.

Resveratrol is a new anticancer composition which is less toxicity and higher efficiency in Polygonum cuspidatum.

Memory Enhancement - Polydatin is one of the most common encountered stilbenes of nature and a key component of the Chinese herb Polygonum cuspidatum. This study is to investigate the effects of polydatin on learning and memory impairments induced by chronic cerebral hypoperfusion in rats, as well as the potential mechanism.

These results suggest that polydatin exhibit therapeutic potential for vascular dementia, which is most likely related, at least in part, to its anti-oxidant activity and the direct protection of neurons. 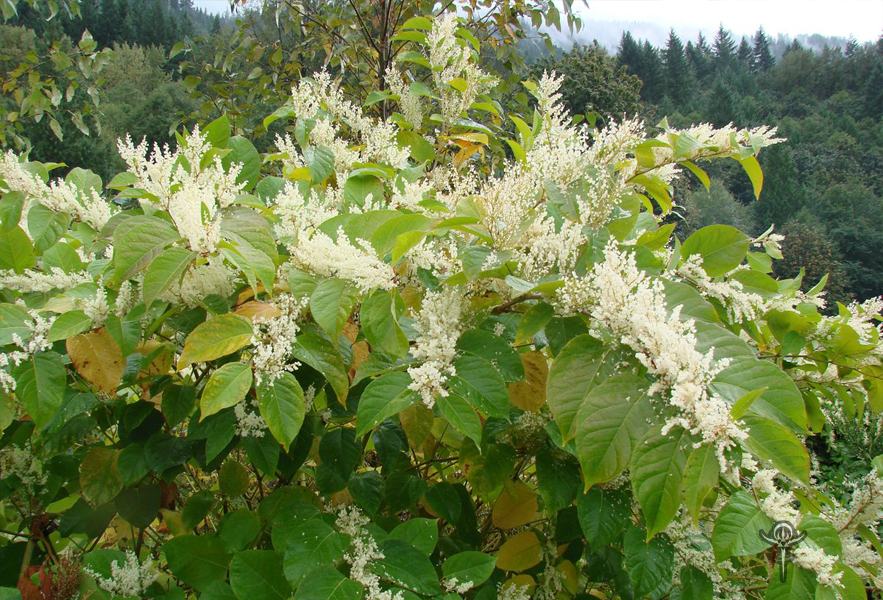