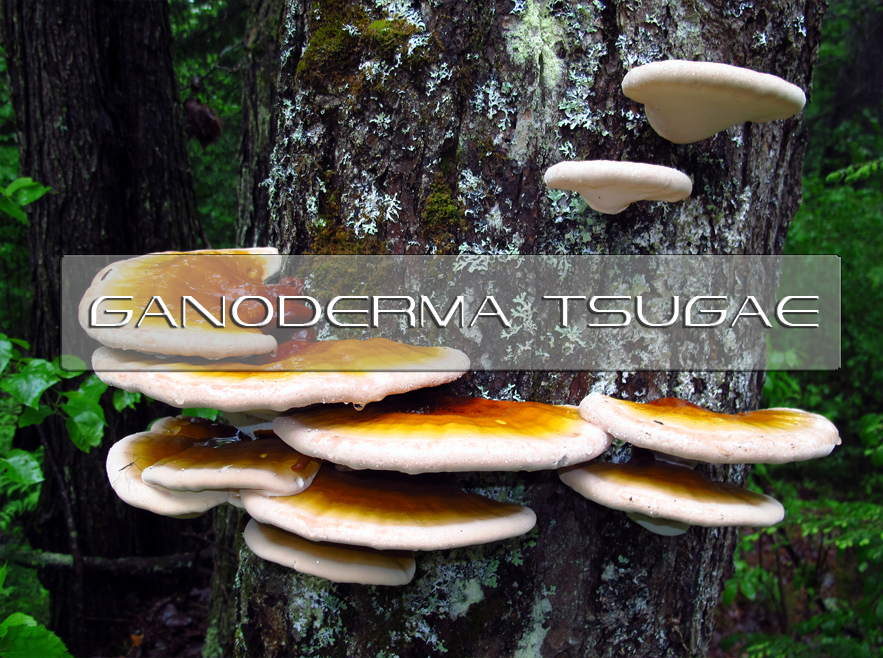 Ganoderma Tsugae or the Hemlock Varnish Shelf is a mushroom and within the Reishi family. 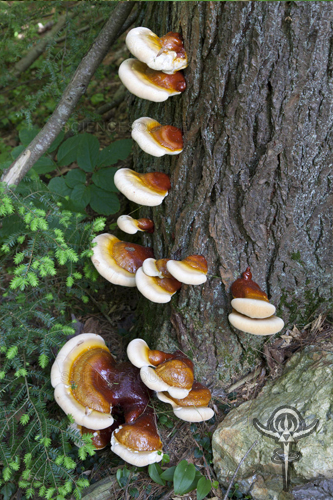 There are currently four different species that are within the Carolinas. While two of them prefer deciduous trees and the others prefer the pine trees. This mushroom is prized in the holistic medical community because of it's close relationships towards the Lingzhi species.

This mushroom can be found more commonly in Main and in the North East Americas. It contains many types of polysaccharides which are known to be used for it's medicinal properties. 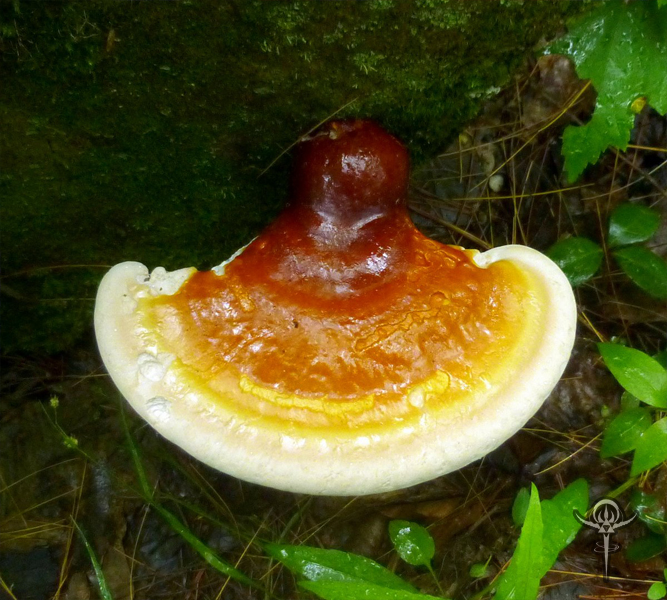 Anti-Cancer - This study investigates the inhibitory activity and explore the molecular mechanisms of anti-tumor effect on colorectal cancer cells in vitro and in vivo as well as to test the side effects of Ganoderma tsugae.

The Ganoderma tsugae extracts inhibit colorectal cancer cell proliferation caused by accumulating cells in G2/M phase, and it may be through downregulation of cyclin A and B1 and upregulation of p21 and p27. Tumorigenesis study in nude mice revealed the extracts caused tumor shrinkage. Additionally, safety assay showed Ganoderma tsugae extracts caused no significant side effects in an animal model.

In an in vivo mouse model, A549 cells treated with reFIP-gts grew significantly slower than cells treated with PBS alone, confirming that lung tumor can be inhibited by reFIP-gts. The use of reFIP-gts may be a powerful new strategy for chemoprevention and antineoplastic therapy.

Taken together, these results indicate that reFIP-gts inhibits telomerase activity in lung cancer cells through nuclear export mechanisms, which might be mediated by ER stress-induced intracellular calcium level.

Antioxidant - The antioxidant activities and scavenging effects on free radicals of extracts from Ganoderma were investigated.

In view of these results, the antioxidant and radical scavenging activities of Ganoderma may have an important role on inhibition of lipid peroxidation in biological systems.

These findings reveal a novel role for G. tsugae in inhibiting EGFR and VEGF expression, which are important for tumor angiogenesis and growth. Thus, GTME may provide a potential therapeutic approach for anti-tumor treatment.

Anti-Tumor - A water-soluble polysaccharide, FI, extracted from the mycelium of Granoderma tsugae, was fractionated and purified by ion-exchange chromatography, gel tiltration, and affinity chromatography. Sixteen polysaccharides obtained were examined for antitumor effects on Sarcoma 180 in mice.

Six water-soluble polysaccharides coded as GTM1 to GTM6 were extracted sequentially from the mycelium of Ganoderma tsugae.

The polysaccharides GTM1, GTM2 and GTM3 had significantly higher antitumor activity against solid tumor Sarcoma 180 with the inhibition ratio beyond 50%. The results suggested that the effects of the moderate content of galactose and bound protein, as well as relatively lower Mw, on the improvement of antitumor activities of polysaccharides could not be negligible.

Seven glycans with strong antitumor activities were obtained from 14 water-soluble, and 15 water-insoluble fractions: FIo-a, FA-1, FII-1, FIII-2, and FIII-2-a, -b, and -c. FIo-a and FA-1 were proteincontaining glucogalactans associated with mannose and fucose.

AKT Signaling Pathway - Medicinal fungus with a variety of biological properties including immunomodulatory and antitumor activities.

We also demonstrate that GTE induced cell cycle arrest by interfering with the HER2/PI3K/Akt signaling pathway. Furthermore, GTE curtailed the expression of the HER2 protein by modulating the transcriptional activity of the HER2 gene and the stability/degradation of the HER2 protein. In conclusion, this study suggests that GTE may be a useful adjuvant therapeutic agent in the treatment of cancer cells that highly express HER2. 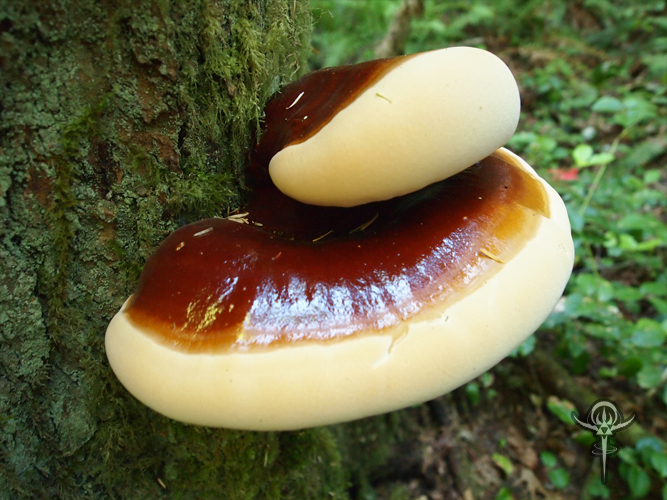